Back to IN THE NEWS

Back to Customer Stories
IN THE NEWS

Prominent indie Baird & Warner makes its own investment in tech 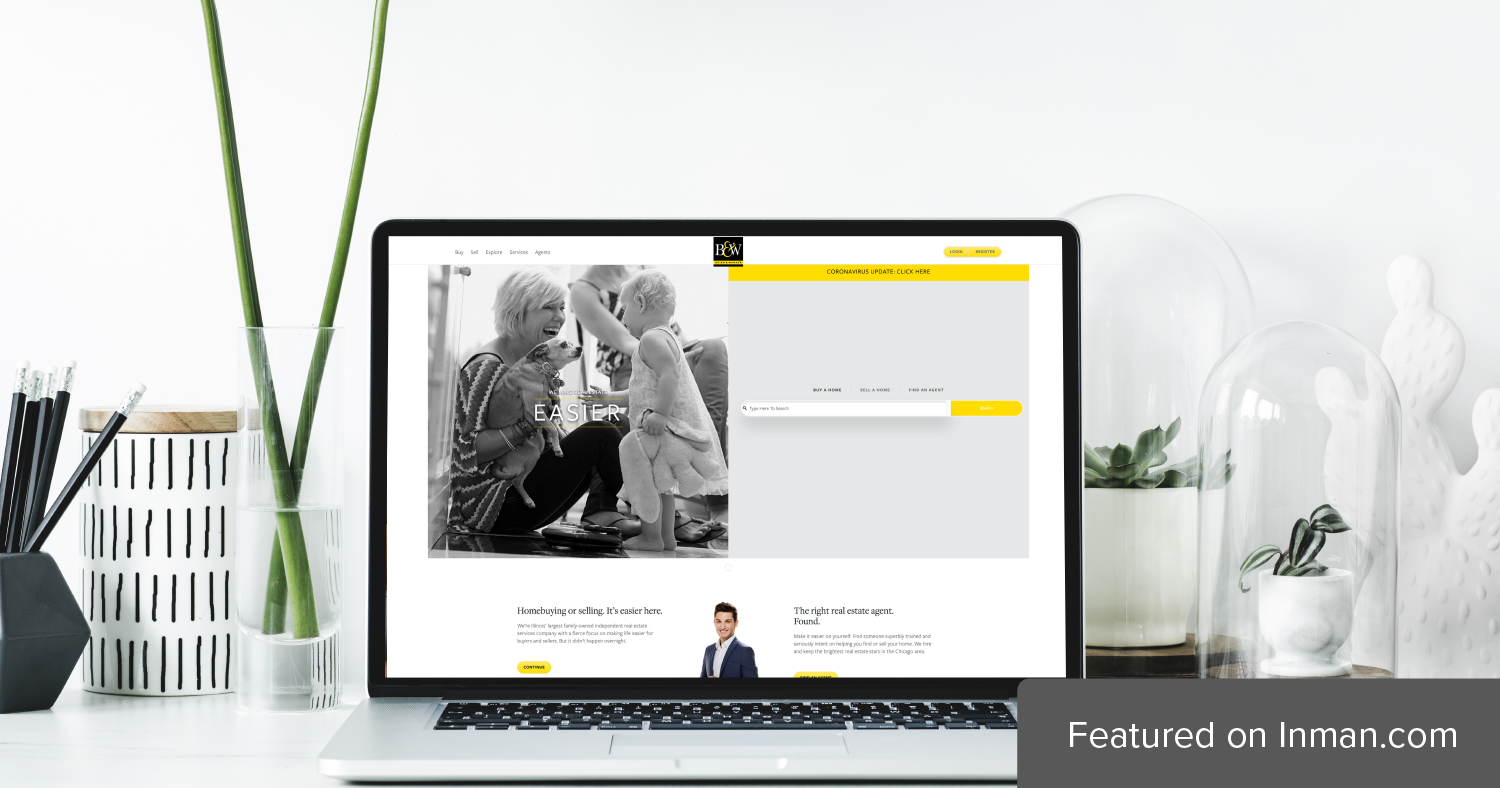 Inside Real Estate announced Thursday in a press release that Chicago-based independent brokerage Baird & Warner has adopted kvCORE, the company’s end-to-end real estate business management solution. The company is in the midst of launch.

The roughly 2,300-agent firm — among the top 25 in the country for both transaction volume and sales volume, according to Real Trends 500 and the Swanepoel Mega 1,000, and it’s one of the nation’s oldest independent brokerages, founded in 1855.The company is rolling out kvCORE across all offices, positioning it as its flagship technology solution. It had previously been a customer of booj.

From website development and lead generation to transaction oversight and in-depth performance analytics, kvCORE offers a range of digital business needs for real estate offices. Brokerages can add integrations according to need and use kvCORE to monitor operations across multiple offices.It integrates with more than 30 industry and third-party products, such as dotloop, Google, Outlook, RealScout, Adwerx, CloudCMA and DocuSign.

Baird & Warner will deploy the full extent of the system, according to the press release, using it to build websites, capture leads, run ad campaigns and offer users its customer relationship management platform. Baird & Warner teams will have the option to utilize powerful sub-accounts for independent lead generation and lead routing, database privacy and team-specific business rules helping them grow their individual businesses within the brokerage’s tech ecosystem, according to the Inside Real Estate release.In an email to Inman, Inside Real Estate’s Senior Vice President of Strategic Growth Alissa Harper said that adoption has moved quickly.

“Baird & Warner are still relatively early in their launch of kvCORE, but they are already seeing over 60 percent agent and team adoption, nearly 1 million total leads and contacts in the system and over 75,000 lead and engagement and client nurturing touch-points going out from the system each day,” Harper said. Harper also shared that Baird & Warner did due diligence on six competing systems. The rapid roll-out of proprietary or acquired technology among major franchises, such as Keller Williams and Compass, likely led to Baird & Warner’s need to partner with a major technology provider.

Both Keller Williams and Compass heavily leverage their technology investments as recruiting tools.While the former’s was developed in-house as part of a very vocal commitment to technology on the part of its founder, Compass’s strategy was to acquire and white-label, having bought CRM Contactually earlier this year, a couple of months after apologizing for delays in its ability to provide offices with promised software innovations. Compass made news this week for its appeal to departing tech-talent from Uber, which had to layoff 400 employees. Baird & Warner’s decision to integrate a companywide enterprise marketing and business management platform does demonstrate a forward-thinking approach, essential to remaining one of the Midwest’s most recognizable real estate companies — not an easy feat in light of the industry’s digital upheaval.President and CEO of Baird & Warner Steve Baird said the intent is to help their agents and clients. “kvCORE represents the very best technology available to help our agents and teams grow, while providing consumers with an engaging home search experience and cutting edge home selling strategies,” he said.

Ready to put your business growth on autopilot?Find the solution that's right for you.